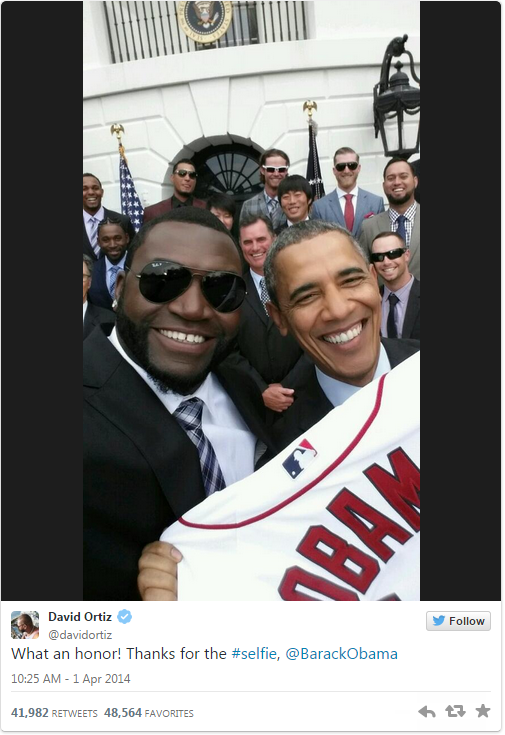 David Ortiz or ‘Big Papi’ from the Boston Red Sox took a selfie of himself and President Obama with a Samsung phone in front of the white house.  Needless to say when he tweeted it and the media wrote about it the story went viral.

When the selfie took place it seemed “spontaneous.” What really took place?  Samsung later told the media it signed a promotional deal or “had a relationship” with David Ortiz.  In short David Ortiz was paid by Samsung to promote their phones / brands.

When David tweeted the photo did he follow the FTC rules and use #ad?  No.  Did he need to?  No.  The guy just took a picture and posted it socially. Did Big Papi generate this much buzz because he wrote “a product review” and post it on his blog?  No.  He got paid legally to be a brand advocate and took advantage of a great opportunity.